A transgender immigrant is dead after falling ill at an Otero County detention center.

An Immigration and Customs Enforcement statement this week says Johana Medina died over the weekend at the Del Sol Medical Center in El Paso. Medina fell ill while in custody at the Otero County Detention Center in Chaparral located just northeast of El Paso across the Stateline in New Mexico. The statement says last week she was taken to El Paso for treatment after she complained of chest pains and requested to be tested for HIV which came back positive. She fell ill while in the process of getting released from the Otero center after having crossed into El Paso in April seeking asylum and protection from persecution in her home country of El Salvador. 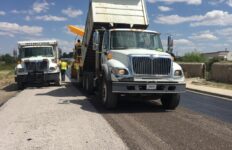