Family and friends are memorializing the mother who was murdered and whose three-year-old son is still missing. The memorial was held for Isela Mauricio Sanchez at Anderson Bethany Funeral Home ahead of her burial. Family members found the 27-year-old dead in her home a week ago and her son Osiel Ernesto Rico was missing. The child’s father, Jorge Rico Ruvira, who is the prime suspect in the murder and in his son’s disappearance. may be in Mexico. The FBI has issued an arrest warrant. 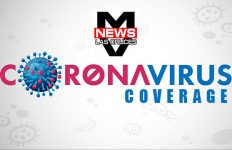