Three off-duty Las Cruces police officers are credited with going above and beyond the call of duty Wednesday when they stopped to help an El Paso motorist whose pickup burst into flames on Interstate 10.

About 5:30 p.m. Wednesday, Jan. 13, an El Paso motorist was driving east on I-10 when a tire on his pickup experienced a blowout. The driver safely pulled over to the median before his pickup caught fire.

LCPD officers Tony Bowman, Jose Prado and Josh Herrera – all who reside in El Paso County – worked a day-shift, and were heading home along I-10 in separate vehicles when they came across the fire near mile marker 162. All three officers stopped to offer their assistance.

Officers Bowman and Prado made contact with the motorist and offered their direct assistance. Officer Herrera stopped his vehicle well behind the scene to divert traffic from the fire.

The motorist called Las Cruces police on Thursday, January 14th, to extend his gratitude for the assistance he received from the officers. He was most appreciative of Officer Bowman, who stayed with him for about two hours until New Mexico State Police cleared the scene, and then provided the motorist with a ride home. 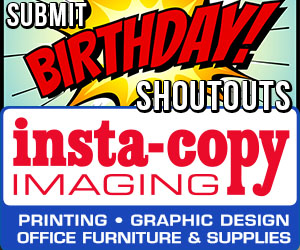